Connect with the link discord.gg/r9h36R7
There are currently 21 users online.

Connect with the link discord.gg/r9h36R7
There are currently 21 users online. 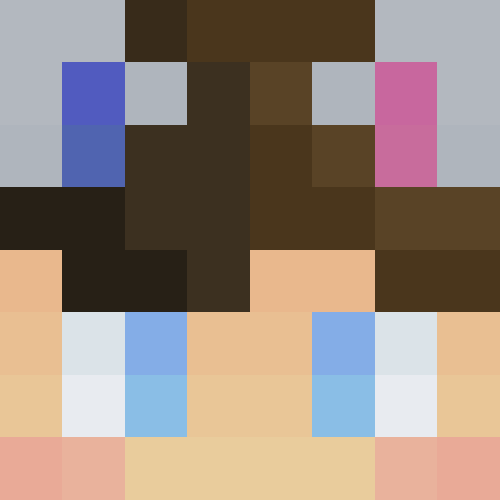 There are no wall posts here yet.

This user has not added any about fields yet.

Blacklisted Mods(Will Get You Banned)

-Hacked clients or mods that give an unfair advantage (Wurst, Flux, Impact, ForgeHax, etc)
-Any mods that will (Intentionally or unintentionally) change the way minecraft interacts with our server, with the exception being vivecraft
-While not technically game modifications, mouse/keyboard macros, autoclickers, and other things of that nature are not allowed.
-AutoMiners

1: No Advertising. (If you advertise, it will automatically be deleted and you will be warned. After 2 warns its a perm ban.)

2: No excessive cussing, spamming, or using caps. (Doing any of these will get you warned, kicked or banned.)

3: No threatening, harassing or bullying. (Threatening to DDoS, bullying, physical/mental harm, etc. You will be banned from the discord server immediately.)

4: No toxicity. (Any type of disrespect, toxicity, or rude comments will not be allowed Doing so will get you muted.)

5: Do not attempt to evade your punishments. (Doing so will get you perm banned)

6: Do not use a channel its not meant for. EX: Use the bot channel for bot commands, nothing else. (If you do then you will be warned. after 2 warnings a mute.)

7: Do not display inappropriate or offensive game activity. (Doing so will get you banned.)

8: Do not disrespect other members or staff members. (Doing so will get you muted.)

9: No impersonating. (Doing so may get you banned)

10: DM Advertising is not allowed. (Doing so will get you permanently banned)

1: Don't advertise
2: Don't ask for in-game items
3: Don't spam reports or staff applications
4: Rules related to racism and sexism on the server still apply on the forums
5: No off-topic posts in the category you are posting in
6: Be Polite